With the release of Avengers: Infinity War, we thought it would be a good time to talk about our range of personalized Marvel storybooks.

It would be an understatement to say that the Marvel Cinematic Universe is a global phenomenon. Iron Man, which premiered in Sydney in 2008 was the starting point for the MCU juggernaut, and in ten years, nineteen Hollywood blockbusters have been released to the adulation of fans around the world.

Movie no.19 – Avengers: Infinity War, premiered in LA on April 23 and has arrived on the back of a decade’s worth of MCU build up that has seen its movies gross nearly $15 billion worldwide. Infinity War and its yet to be titled sequel look to be a culmination of events that have taken place in every movie since the debut of Tony Stark and his magnificent suit, but this isn’t the end of the MCU. There are already two more Marvel movies in the pipeline after the Avengers finale. The juggernaut shows no signs of slowing down anytime soon, and like any Marvel fan, we are delighted about this.

In the past 12 months, we at Signature Gifts have aligned ourselves with the super-heroes of the MCU, acquiring a license to manufacture personalized Marvel storybooks for children. Some members of our team were, well, pretty excited to say the least about this, just showing the wide-reaching appeal of the MCU.

A Marvel children’s story book is a perfect companion to its big-screen cousin. It can be read at any time of the day and help to keep fresh the memories of watching the movie at the cinema or on the television. The illustrations are bold and colorful and most importantly true to the movies, meaning even children who aren’t into reading will be spellbound. Think DVD’s but with pages.

A Marvel storybook sounds like a great product, of course, and that’s even before we’ve stepped upon the personalization aspect. 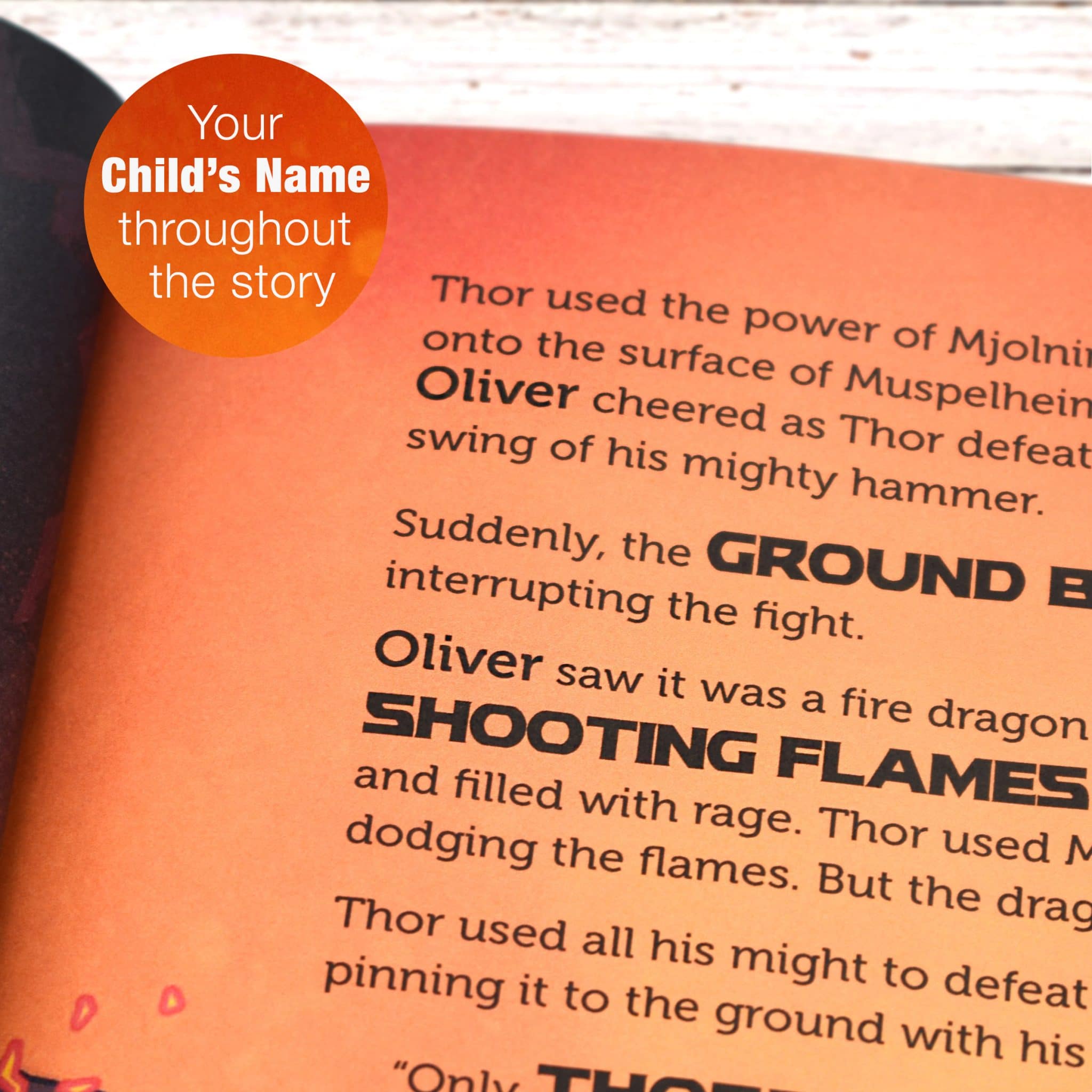 With a Signature Gifts Marvel storybook, the child does not just simply read the story, they become a part of the story. The child’s name will appear throughout the story, putting them INSIDE the Marvel Cinematic Universe. Their name will even appear on the front cover! For any kid who loves Marvel, this is a BIG deal. The personalization doesn’t stop there either, as the opening page has been left open for a personal message. Whether it is to wish their son a happy birthday, or just something to your niece to say you know much she loves Spider-Man, the personalized message means the recipient will always remember who gifted them such an amazingly cool present.

More than a Book

We know that of course, a Marvel book is a great addition to any child’s reading material, but we feel that the personalized element of the product makes this a true gift. Birthdays, holidays, and other special occasions are all great reasons to purchase a Marvel personalized book for a loved one. This gift can be rounded off nicely with the option to add a cream-colored gift box that the book nestles inside perfectly, and doubles up as somewhere safe to store the book when it’s not being read.

Our Marvel range is constantly growing, but here’s a list of what’s available to purchase currently:

Avengers Beginnings – From Here To Infinity 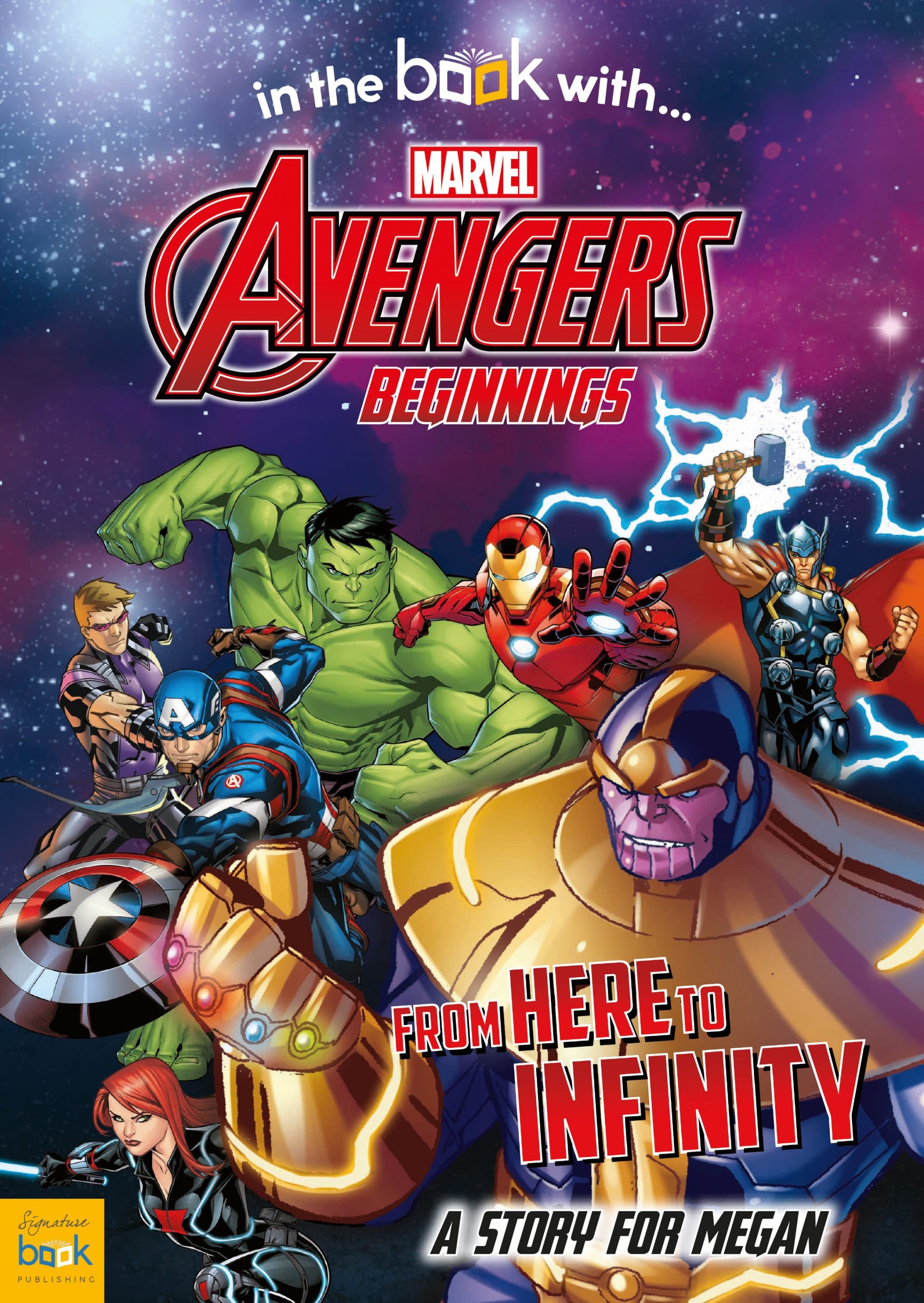 Perfect for Avengers fans and even those new to the franchise, this book introduces each super-hero that featured in the 2012 blockbuster The Avengers. In this all-new story not featured in any movie, the Avengers battle against the God (and Thor’s brother) Loki, as well as pitting their wits against the main villain from Avengers: Infinity War (We don’t like spoilers at Signature Gifts no matter how small, so we’ll just say his name rhymes with manos). 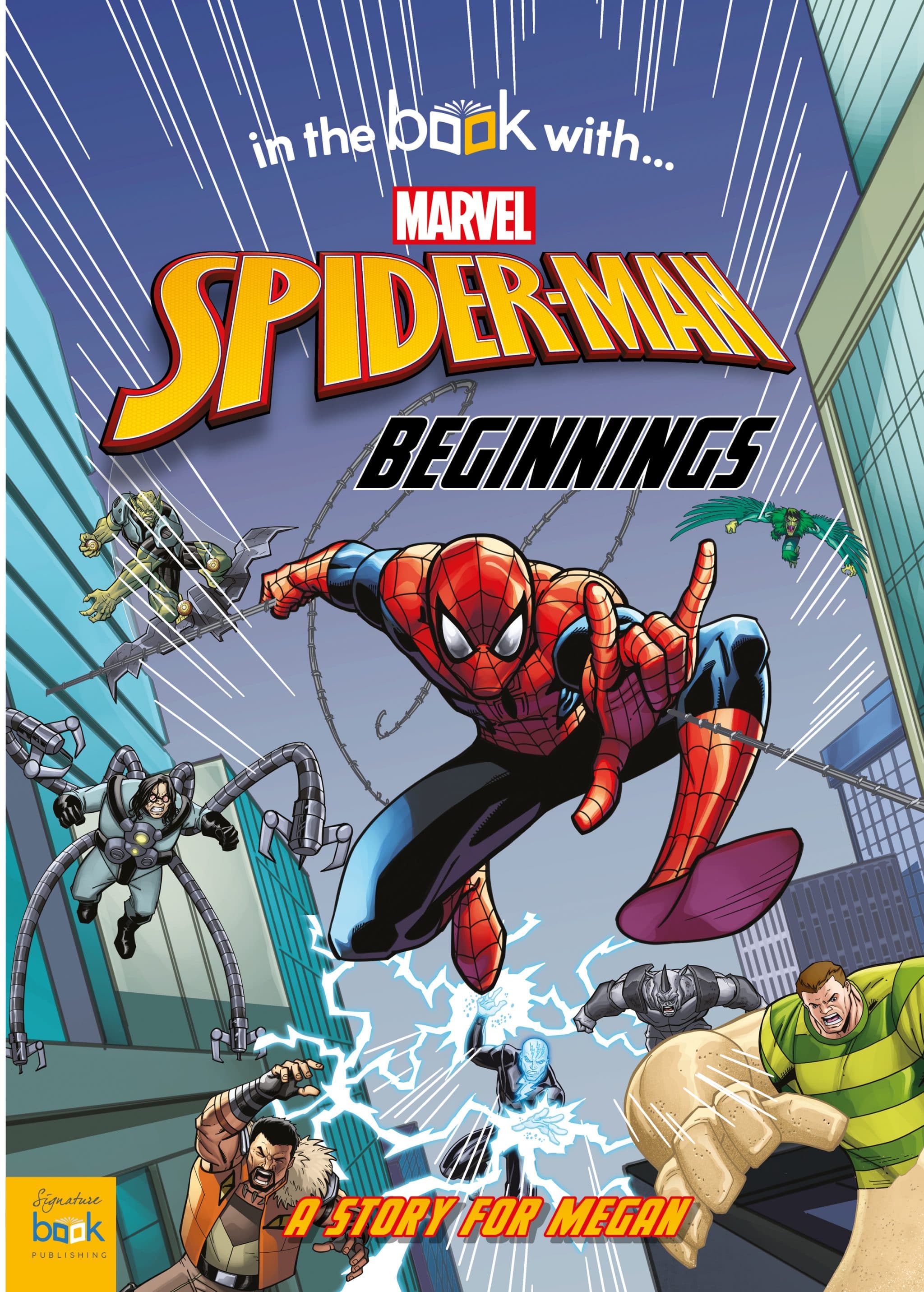 Another tale that strays away from the cinematic timeline, Spider-Man Beginnings features everybody’s favorite neighborhood Spider-Man. In the story, Spidey must balance his life as student Peter Parker, with fighting bad guys such as Sandman and Doctor Octopus! To make matters worse Peter/Spider-Man catches a cold, will he be able to save the day?

Guardians of the Galaxy 2 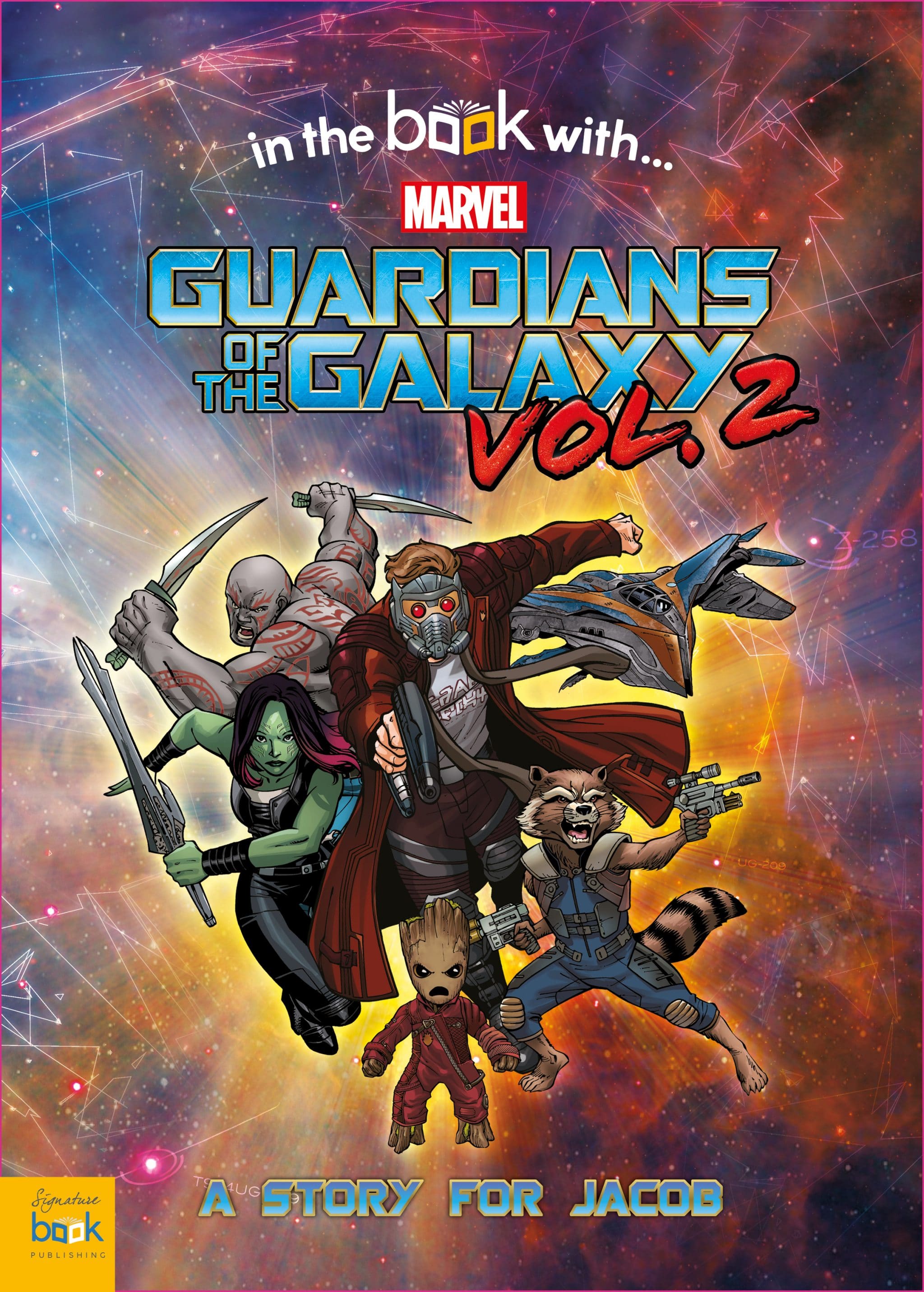 This book tells the story of the Guardians of The Galaxy sequel that was a smash-hit at the box office. Peter Quill AKA Star-Lord, and his team once more do battle with alien forces hell-bent on destroying the galaxy. For Star-Lord things take a turn for the unexpected when he meets a familiar face. Recommended to be read whilst playing some classic hits from the 1970’s, Peter Quill mix-tape style. 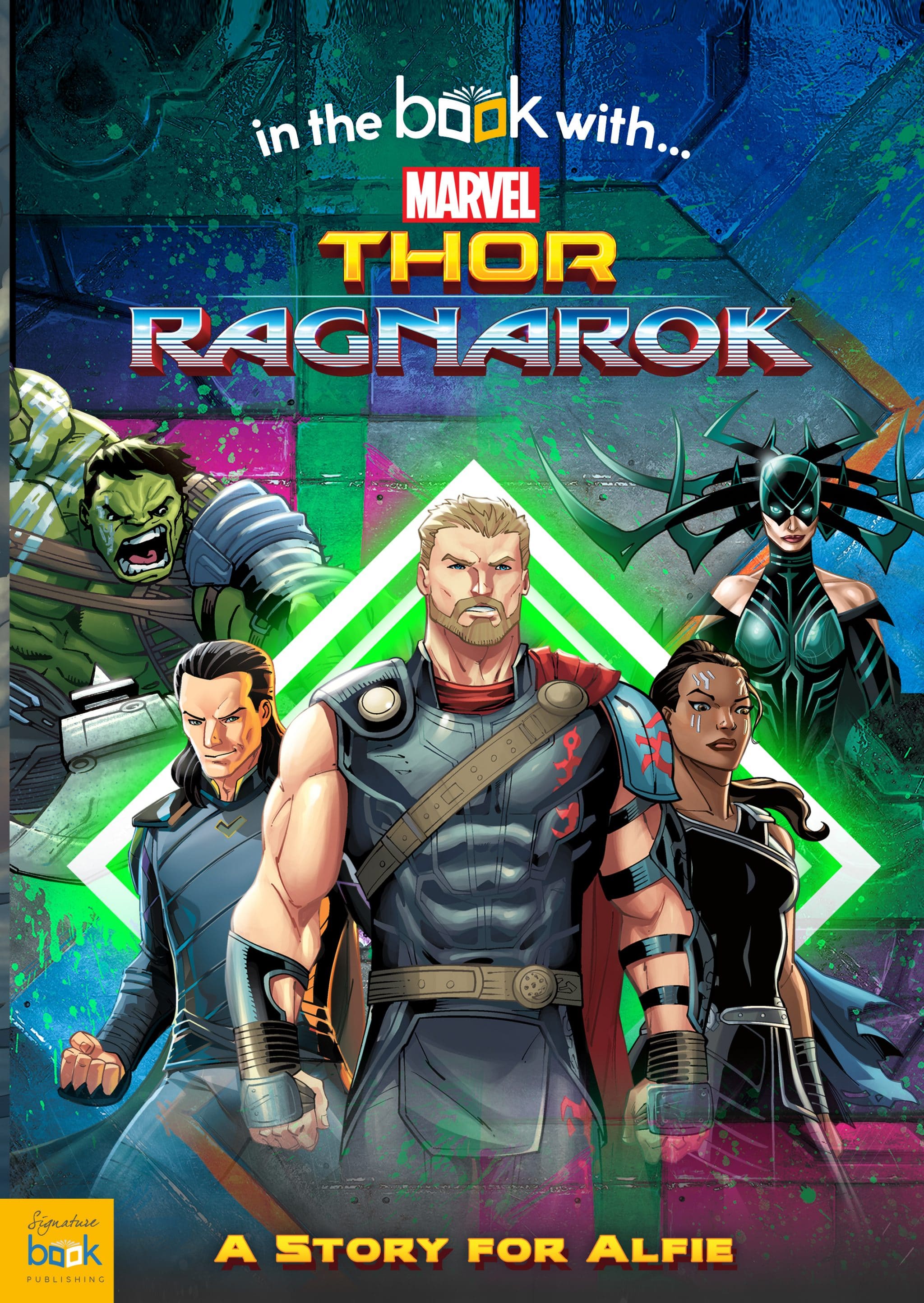 2017 saw the release of the second Thor sequel and the 17th movie overall in the MCU (In-case you were wondering). This personalized book re-tells the story of the movie, as the crown prince of Asgard Thor does battle against his evil sister Hela to prevent Ragnarok – the utter destruction of everything. 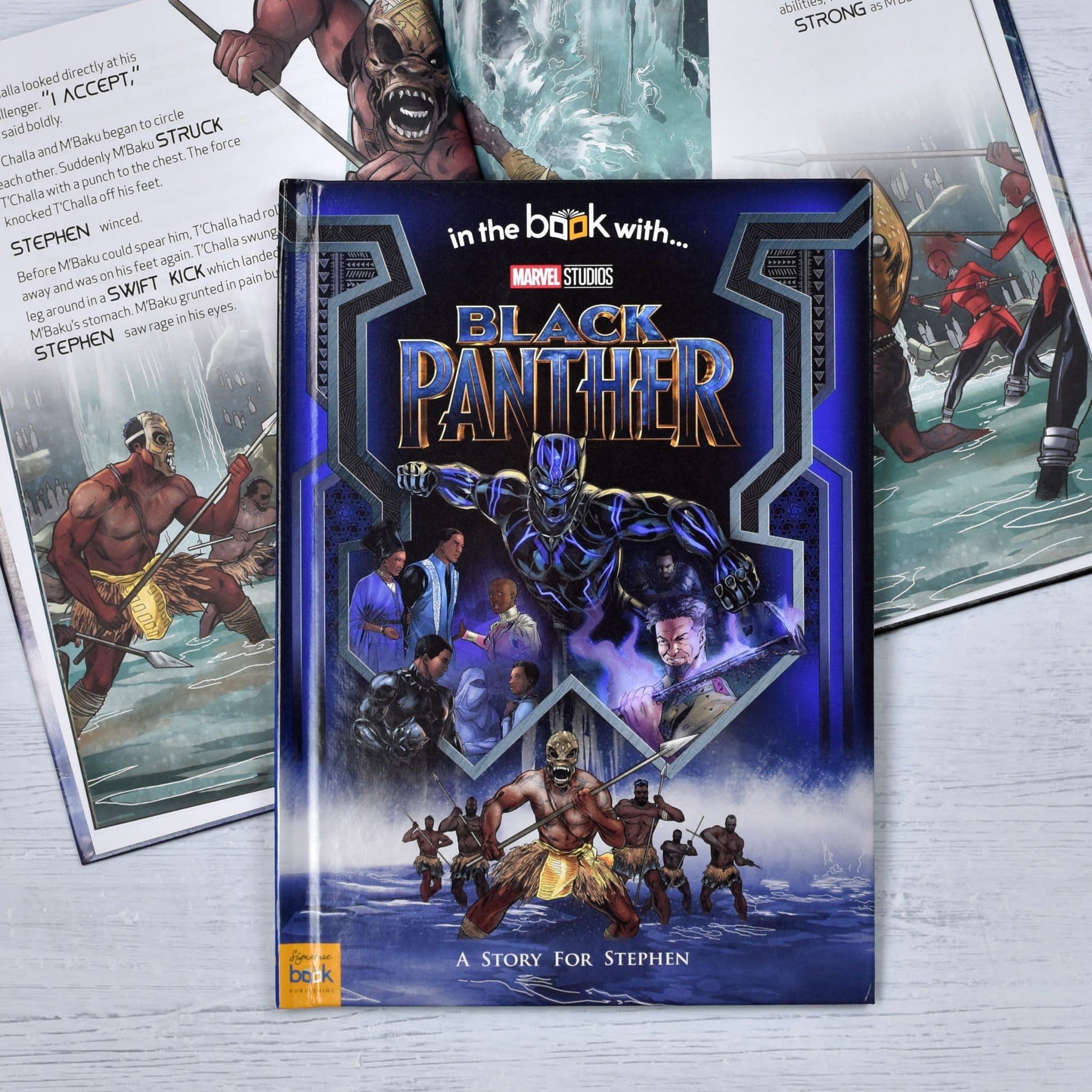 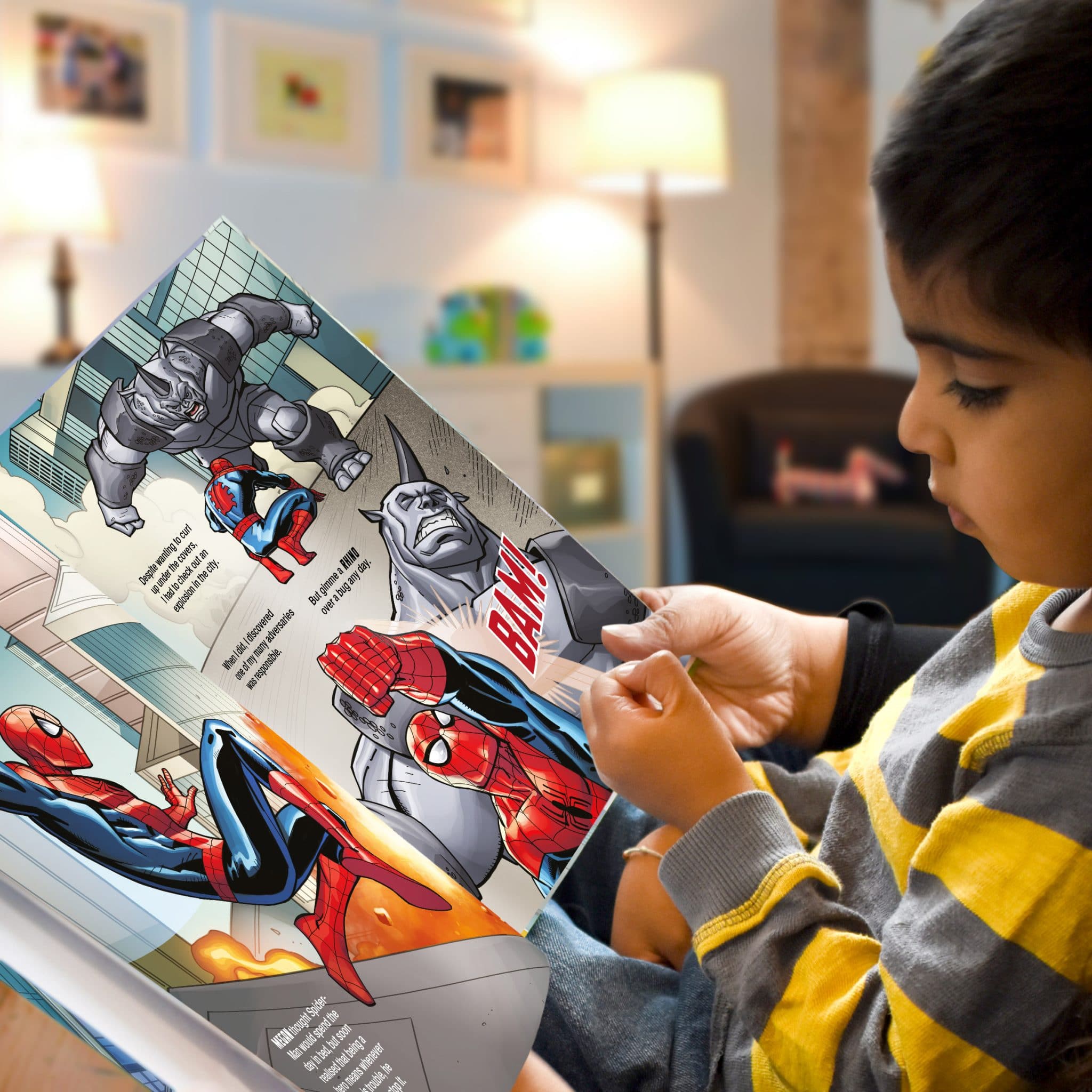 As the MCU continues to release its hit movies for the foreseeable future, you can be sure that there will be more personalized Marvel books made and released by Signature Gifts.

In the meantime, you can check out all our images for the Marvel range by clicking HERE.

Add the Marvel range to your listings today!

Would you like to know more about our personalized Marvel range of books, or any other of our personalized products? Simply fill out the below form and one of our team will be reply to you.