HO HO HO, that time of year is coming around again! Christmas is getting closer, and we’ve got lots in store coming up for you.  Our personalized ‘When Santa Got Stuck up the Chimney’ storybook is back, but it’s now available as a beautiful coloring book! The illustrations that we all loved last time have been […]

A World of Disney It’s the moment every little one has been waiting for – a Disney Classics Collection presenting six of the most read, most loved, most heart-warming Disney stories of all time. There are six stories included in this collection: Snow White and the Seven Dwarfs, Bambi, Dumbo, Alice in Wonderland, The Jungle […]

For decades, we’ve been ignoring the facts about climate change. Massive glaciers have been melting under our feet while we fly high in planes emitting toxic fumes. Animals have died and fires have spread wildly. Temperatures have risen at unfathomable rates. Now that people are finally starting to see the facts, we can look back […]

Peter Rabbit 2 was released in UK theaters this weekend… and it was a smash hit! The new film reaching Number 1 at the UK Box Office means this is a great time to take advantage of its success by listing some of our award winning Peter Rabbit products before the US release on June 18th.               […] 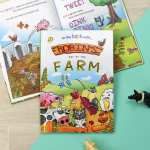 You may be wondering what to list on your sites for springtime gift sales. Christmas has passed, Valentine’s too, and Mother’s Day will also soon be behind us. Well we’ve got the perfect products to boost your site for Easter and beyond. We’ve all had a bit of a rubbish winter, cold, dark days coupled […] 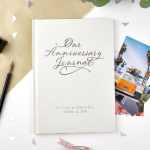 You might think Christmas was not that long ago, but Valentine’s Day is just around the corner. This year will be different from others – no romantic dinners at restaurants, or weekends away at hotels. That means there’s all the more reason for people to make that extra effort and show their special someone how […] 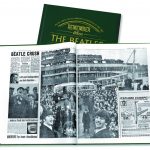 Born October 9, 1940, John Lennon would have been celebrating his 80th birthday this year. Instead, shot on December 8, 1980 we will all soon be commemorating the 40th anniversary of his death. With this in mind, we’re taking a look back at this legendary musician’s life. Born in Liverpool, John Winston Lennon had humble […] 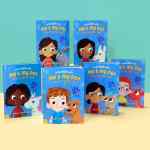 The diversity within children’s books has been an important, and much discussed topic lately; especially with recent incidents and reports surrounding the incredibly important BLM movement. Though only recently brought to most people’s attention, organisations such as We Need Diverse Books, which was founded in 2014, have long been campaigning to bring diversity into the world […] 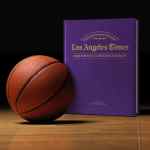 On Sunday, January 26, 2020 the world of basketball was shaken to its core. Lakers legend, Black Mamba was dead. Kobe Bryant had been killed along with his daughter and 7 other people when their helicopter crashed in Calabasas, California. How can the NBA ever recover from this immense loss? Even those not familiar with […] 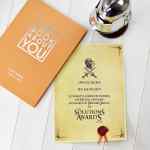 A year since a respectable third place at the 2017 Print Solutions Awards, Signature Gifts went one, no, two better, with a winning entrant at the 2018 awards which were held at the Café de Paris in London. Hopes were unashamedly high for our entrant to this year’s competition. The Book About You (which you […]